Skip to content
As our world seems to be getting increasingly chaotic and stressful, I wanted to find a little video to give us all hope and warm our hearts. Whether you are religious or not, I truly believe the words of wisdom and peace of  his Holiness the Dalai Lama are universal and the ultimate guide to finding happiness.
Happy Sunday to all !
Published on Oct 8, 2013

This video looks at ‘Buddhism and Happiness’. This eight minute epic reveals some incredible insights into human behaviour and values that impact our happiness, particularly in this materialistic Western life so many are living, or reaching for.

Interesting illustration of trademark infringement and corruption. Chinese court argued Xintong Tiandi will not “harm [Apple’s] interests,” adding no one in China will actually think the handbags were designed by the Cupertino, Calif., company. Really? An Iphone branded leather bag that could carry an Iphone or a laptop is not an accessory Apple could have designed??

What is even more interesting  and surprising is how a firm as powerful as Apple hadn’t anticipated and extended the protection of its intellectual property to all possible related by-products? How a giant like Apple and probably the most aggressive legal team in the whole world, didn’t manage to defend their case?

Well, it doesn’t come as a shock to know China can forge and does.  What is more shocking is to realise its government supports it, even encourages it. Business is business, seems that for China unethical business still is good business. Food for thought… 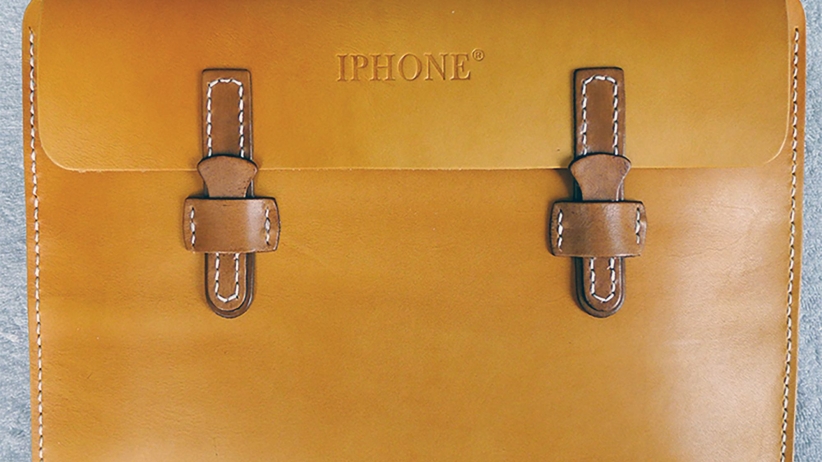 Apple has long understood the importance of protecting its intellectual property, which is why the company registered the name “iPhone” in China in 2002, back before many of its engineers knew their employer was secretly developing the device. But even Apple’s legal savvy could not outwit the country’s notorious “trademark squatters.”

The Chinese government has ruled that a company named Xintong Tiandi Technology is free to make purses, wallets and phone cases branded with the word “IPHONE” after rejecting Apple’s appeal to the trademark dispute on March 31, according to Xintong Tiandi’s website. Meanwhile, Apple’s iPhone sales have declined for the first time ever.

Related: Apple Shows Us It’s Hard to Be Innovative When You’re on Top. But Does it Really Matter?

Xintong Tiandi registered for the trademark in September 2007, which is curious, given that 2007 was the same year Apple unveiled its mobile phone to the public. Apple had registered the same name in China in October 2002, but because Xintong Tiandi makes leather goods and Apple makes computers, the Chinese trademark authority granted the rights to both. Apple began pursuing legal action against Xintong Tiandi in 2012, according to Legal Daily.

Related: When It Comes to Knockoffs, Imitation Is the Costliest Form of Flattery

And in case you were wondering, no, a lowercase “i” does not differentiate the two, according to Quartz.

China doesn’t think Xintong Tiandi will “harm [Apple’s] interests,” arguing that no one in China will actually think the handbags were designed by the Cupertino, Calif., company. Maybe Apple can interpret that as a compliment about its impeccable, distinctive design.

Related: A Chinese Sportswear Brand Called Uncle Martian Just Launched, and It Appears to Be Openly Ripping Off Under Armour

The website for the leather products includes a page discussing the dispute’s resolution, on which the Xintong Tiandi suggests it hopes to work together with Apple to leverage their shared name to the benefit of both companies. Gee, thanks.

The Apple brand was worth $124.2 billion in 2014, according to the U.S. Patent and Trademark Office. But Xintong Tiandi’s shenanigans show that even the most powerful brands cannot fend off corruption and blatant copycats.